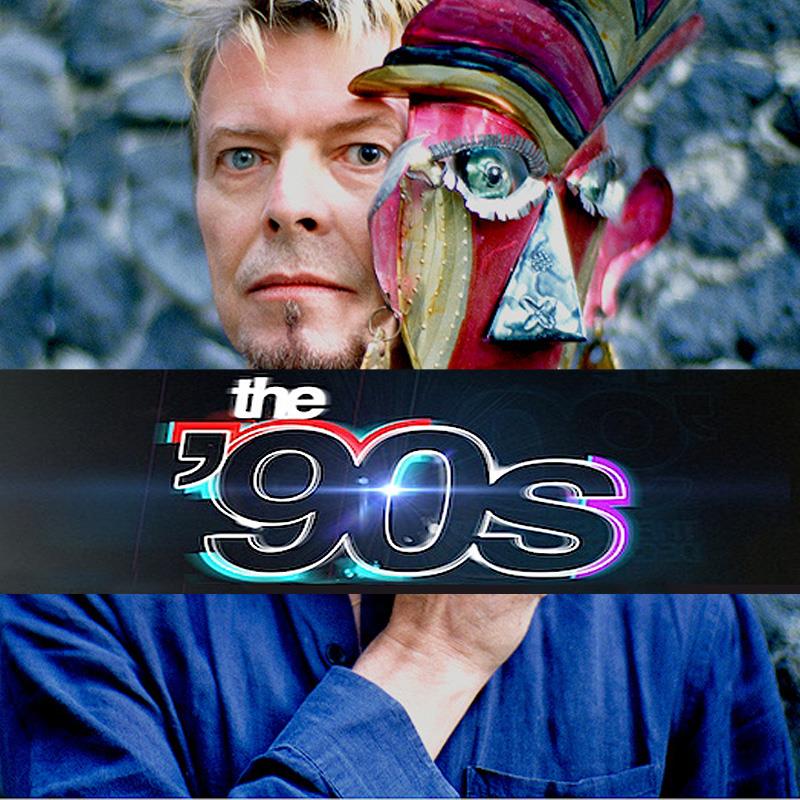 Popular music in the 1990s saw the continuation of teen pop and dance-pop trends which had emerged in the 1970s and 1980s. Furthermore, hip hop grew and continued to be highly successful in the decade, with the continuation of the genre's golden age. Aside from rap, reggae, contemporary R&B and urban music in general remained extremely popular throughout the decade; urban music in the late-1980s and 1990s often blended with styles such as soul, funk and jazz, resulting in fusion genres such as new jack swing, neo-soul, hip hop soul and g-funk which were popular.

Similarly to the 1980s, rock music was also very popular in the 1990s, yet, unlike the new wave and glam metal-dominated scene of the time, grunge, Britpop, industrial rock and other alternative rock music emerged and took over as the most popular of the decade, as well as punk rock, ska punk and nu metal, amongst others, which attained a high level of success at different points throughout the years.

Electronic music, which had risen in popularity in the 1980s, grew highly popular in the 1990s; house and techno from the 1980s rose to international success in this decade, as well as new electronic dance music genres such as trance, happy hardcore, drum and bass, intelligent dance and trip hop.

In Europe, Eurodance, Bubblegum dance and Europop music were highly successful, while also finding some international success. The decade also featured the rise of contemporary country music as a major genre, which had started in the 1980s.