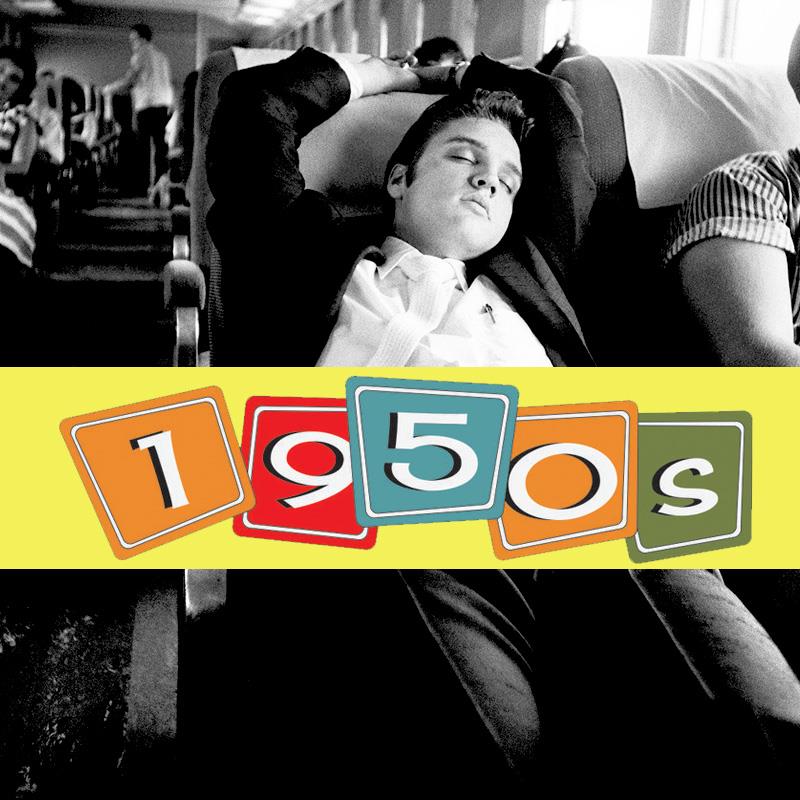 The 1950's were a time of changes and the music of the decade both reflected the cultural changes that were happening while still holding on to the societal norms of the past. Following the detrimental effects of World War II, the United States was about to embark on a musical journey that would change the face of music for decades to come.

Popular music dominated the charts for the first half of the decade. Vocal driven classic pop replaced big band/swing at the end of World War II, although it often used orchestras to back the vocalists. 1940s style Crooners vied with a new generation of big voiced singers, many drawing on Italian Canto Bella traditions.

Rock and roll dominated popular music in the later half of the 1950s. The musical style originated and evolved in the United States during the late 1940s and early 1950s, and quickly spread to much of the rest of the world. Its immediate origins lay in a mixing together of various black musical genres of the time, including rhythm and blues and gospel music; with country and western and Pop.

The 1950s saw the growth in popularity of the electric guitar (developed and popularized by Les Paul). Paul's hit records like "How High the Moon", and "The World Is Waiting for the Sunrise", helped lead to the development of a specifically rock and roll style of playing of such exponents as Chuck Berry, Link Wray, and Scotty Moore. Chuck Berry, who is considered to be one of the pioneers of Rock and roll music, refined and developed the major elements that made rock and roll distinctive, focusing on teen life and introducing guitar solos and showmanship that would be a major influence on subsequent rock music.