This is a limited edition signed print made from the orginal Supersize 3D painting by artist Morgan Howell. Morgan creates original paintings of classic seven-inch singles. This print is from his painting of the cover sleeve for Elvis Presley's 1954 single 'That's All Right'. It features the artwork with the following wording underneath.

‘That’s All Right’ was recorded at Sun Studios on July 5th 1954 and released with ‘Blue Moon of Kentucky’ as the B-side. Sam Phillips gave copies of the record to local disc jockeys Dewey Phillips of WHBQ, Uncle Richard of WMPS, and Sleepy Eyed John Lepley of WHHM. Interest in the record was so intense that Dewey reportedly played the record 14 times and received over 40 telephone calls. 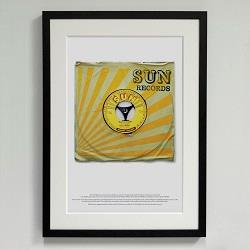 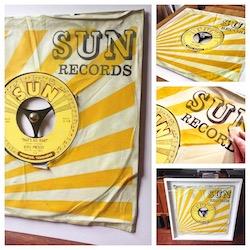