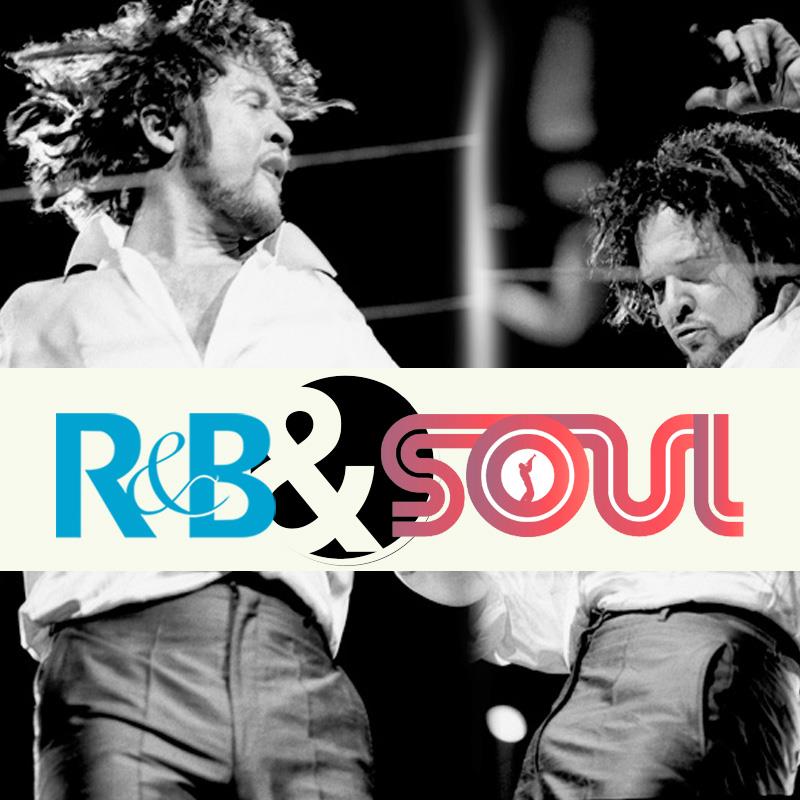 Rhythm and blues, often abbreviated as R&B or RnB, is a genre of popular African-American music that originated in the 1940s. The term was originally used by record companies to describe recordings marketed predominantly to urban African Americans, at a time when "urbane, rocking, jazz based music with a heavy, insistent beat" was becoming more popular. In the commercial rhythm and blues music typical of the 1950s through the 1970s, the bands usually consisted of piano, one or two guitars, bass, drums, saxophone, and sometimes background vocalists. R&B lyrics focus heavily on the themes of triumphs and failures in terms of relationships, freedom, economics, aspirations, and sex. By the 1970s, the term rhythm and blues changed again and was used as a blanket term for soul and funk. In the 1980s, a newer style of R&B developed, becoming known as "Contemporary R&B". It combines elements of rhythm and blues, soul, funk, pop, hip hop and dance.

Soul music is a popular music genre that originated in the United States in the late 1950s and early 1960s. It combines elements of African-American gospel music, rhythm and blues and jazz. Soul music became popular for dancing and listening in the United States; where record labels such as Motown, Atlantic and Stax were influential in the civil rights era. Soul also became popular around the world, directly influencing rock music and the music of Africa. Catchy rhythms, stressed by handclaps and extemporaneous body moves, are an important feature of soul music. Other characteristics are a call and response between the lead vocalist and the chorus and an especially tense vocal sound. The style also occasionally uses improvisational additions, twirls and auxiliary sounds. Soul music reflected the African-American identity and it stressed the importance of an African-American culture. The new-found African-American consciousness led to new styles of music, which boasted pride in being black.