The Who photographer Morgan Howell

This is a limited edition signed print made from the orginal Supersize 3D painting by artist Morgan Howell. Morgan creates original paintings of classic seven-inch singles. This print is from his painting of the cover sleeve for The Who's 1964 single 'My Generation'. It features the artwork with the following wording underneath.

"My Generation' was released as a single on 5 November 1965, reaching #2 in the UK and #74 in America. Townshend reportedly wrote the song on a train and is said to have been inspired by the Queen Mother, who is alleged to have had Townshend's 1935 Packard hearse towed off a street in Belgravia because she was offended by the sight of it during her daily drive through the neighbourhood. ‘My Generation’ was very much about trying to find a place in society". 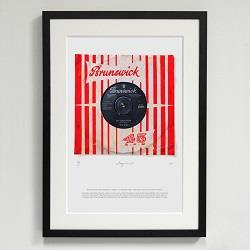 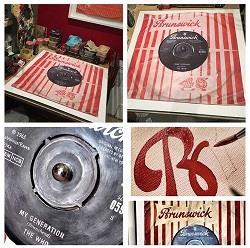