This is a limited edition signed print made from the orginal Supersize 3D painting by artist Morgan Howell. Morgan creates original paintings of classic seven-inch singles. This print is from his painting of the cover sleeve for TRex's 1973 single '20th Century Boy'. It features the artwork with the following wording underneath

"20th Century Boy was recorded on 3 December 1972 in Toshiba Recording Studios in Tokyo, Japan.The single version of the track fades at three minutes thirty nine seconds, however the master tape reveals that the song ended in nearly a full three minutes worth of jamming. The lyrics are, according to Marc Bolan, based on quotes taken from notable celebrities such as Muhammad Ali. Although the lyrical content of a lot of Marc Bolan's songs is ambiguous, analysis of the multi track recordings of 20th Century Boy reveals the first line of the song to be "Friends say it's fine, friends say it's good. Everybody says it's just like Robin Hood," and not the often misquoted "...just like rock 'n' roll." 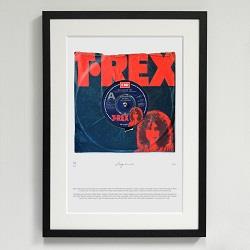 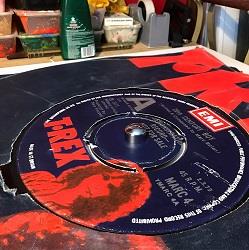 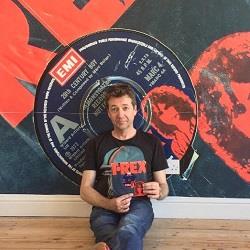