This is a limited edition signed print made from the orginal Supersize 3D painting by artist Morgan Howell. Morgan creates original paintings of classic seven-inch singles. This print is from his painting of the cover sleeve for The Specials's 1977 single 'Ghost Town'. It features the artwork with the following wording underneath

In 1981 ‘Ghost Town’ spent three weeks at number one and 10 weeks in total in the top 40 of the UK Singles Chart. Addressing themes of urban decay, deindustrialisation, unemployment and violence in inner cities, the song is remembered for being a hit at the same time as riots were occurring in British cities. Internal tensions within the band were also coming to a head when the single was being recorded, resulting in the song being the last single recorded by the original seven members of the group before splitting up. 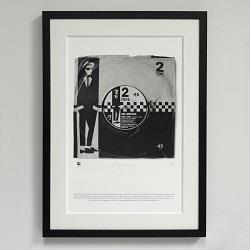 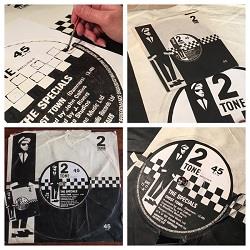