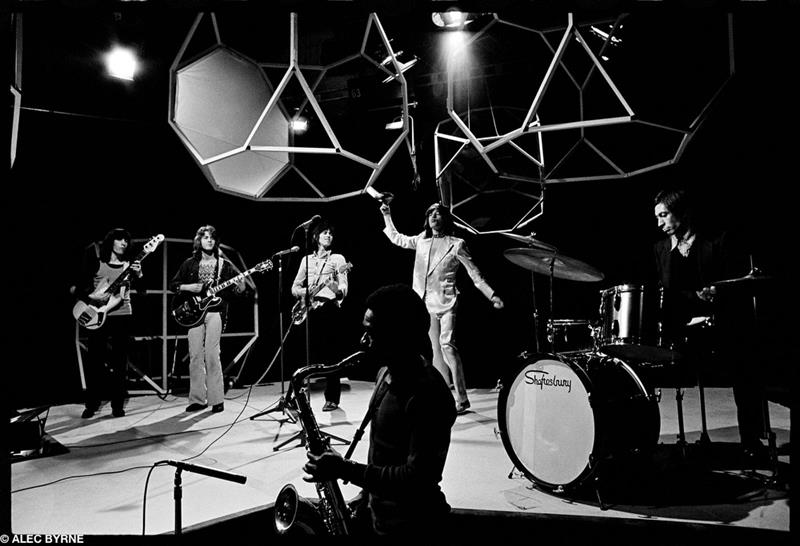 At the end of March, ’71, following a legendary set at The Marquee at the end of their 1971 UK tour, the Rolling Stones stopped by Top of the Pops at BBC Studios to perform a few songs from the soon-to-be-released Sticky Fingers.

Alec was on hand and captured this image of the band performing “Brown Sugar.” A couple of days later the Stones left the UK for the south of France where they would record Exile on Main St.