This is a limited edition signed print made from the orginal Supersize 3D painting by artist Morgan Howell. Morgan creates original paintings of classic seven-inch singles. This print is from his painting of the cover sleeve for Lou Reed's 1972 single 'Walk on the Wild Side'. It features the artwork with the following wording underneath

‘Walk on the Wild Side’ is a Lou Reed song from his 1972 second solo album ‘Transformer’ produced by David Bowie. The sax solo played over the fadeout of the song is performed by Ronnie Ross, who had taught the young David Bowie to play. The upright bass and bass guitar are both played by Herbie Flowers. The single peaked at #16 on the Billboard Hot 100 singles charts in early 1973. After the announcement of Reed's death in October 2013, both the song and the Transformer album re-charted via iTunes. The US version was an edit without the reference to oral sex. 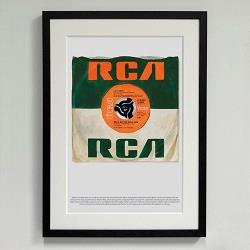 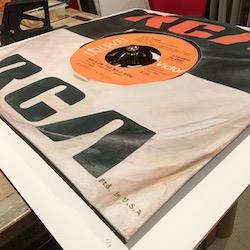