This is a limited edition signed print made from the orginal Supersize 3D painting by artist Morgan Howell. Morgan creates original paintings of classic seven-inch singles. This print is from his painting of the cover sleeve for The Kinks's 1966 single 'Waterloo Sunset'. It features the artwork with the following wording underneath.

"Waterloo Sunset’ is surely the "Greatest Song About London" so says this artist. The record reached #2 on the British charts in mid 1967 (it failed to dislodge the Tremeloes' "Silence Is Golden" from the number 1 position). Ray Davies stated in a 2008 interview, "It was a fantasy about my sister going off with her boyfriend to a new world and they were going to emigrate and go to another country." It holds spot #42 on Rolling Stone's list of The 500 Greatest Songs of All Time. Musicians Paul Weller and Damon Albarn cite the song as their favourite of all time." 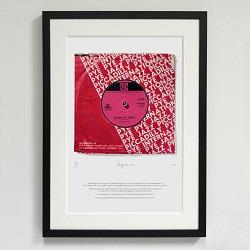 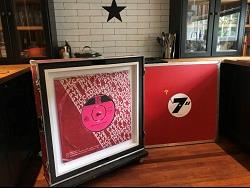