This is a limited edition signed print made from the orginal Supersize 3D painting by artist Morgan Howell. Morgan creates original paintings of classic seven-inch singles. This print is from his painting of the cover sleeve for Jimi Hendrix's 1967 single 'All Along the Watchtower'. It features the artwork with the following wording underneath.

'All Along the Watchtower’ by Bob Dylan initially appeared on his 1967 album John Wesley Harding, and it was the second single from the album but it did not chart. The Hendrix version, released six months after Dylan's original recording, became a Top 20 single in 1968 and was ranked 47th in Rolling Stone magazine's 500 Greatest Songs of All Time. Dylan has described his reaction to hearing Hendrix's version: "It overwhelmed me, really. He had such talent. Strange how when I sing it, I always feel it's a tribute to him in some kind of way’." 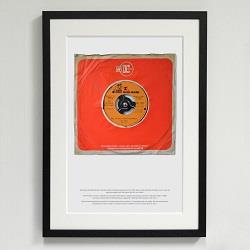 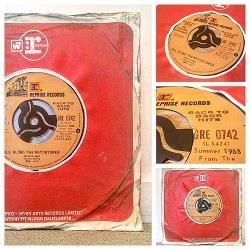