Show all prints
Join our newsletter 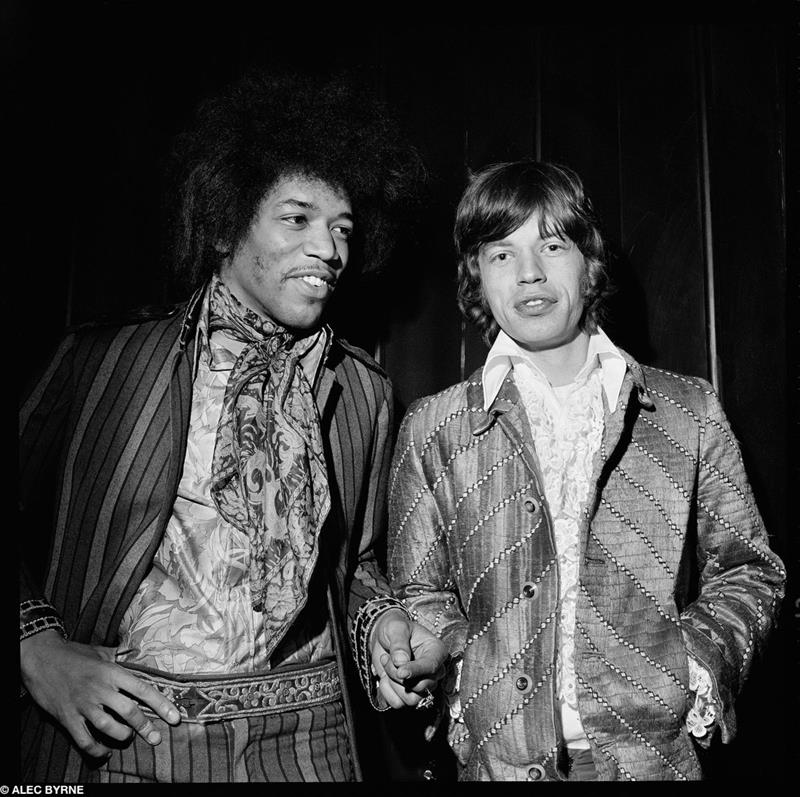 Alec Byrne recalls, "“I got a late present the day after my eighteenth birthday, May 4, 1967, when I got to watch Hendrix perform on Top of the Pops. At the time I was going to the BBC’s studios at Lime Grove every Thursday for the taping of the weekly music TV show, which was hugely in influential at that time. All the record retailers throughout the country would place their orders on Friday morning depending on what was played on Top of the Pops the night before, and all the major bands would play the show when they released a record—Pink Floyd, the Stones, Hendrix, Marley. I was in awe of Hendrix, so when I saw he was scheduled to play I made sure I was there. He blew the doors off the place like he always did, but the cool moment came when I noticed Mick Jagger behind the stage, out of the lights, just standing there watching Jimi’s set. When the taping was finished, Hendrix went over to Jagger and I immediately followed. ‘Hey guys, do you mind if I get a picture?’ They said sure and I snapped a shot on my Rolleiflex, just one frame, no other photographers around. Jimi had only been in London for ve or six months at that point—I’m pretty sure that was the day they met.”

Mick Jagger famously recalled, "I loved Jimi Hendrix from the beginning. The moment I saw him, I thought he was fantastic. I was an instant convert. Mr. Jimi Hendrix is the best thing I’ve ever seen. It was exciting, sexy, interesting. He didn’t have a very good voice but made up for it with his guitar".

Alec Byrne's prints are archival pigment prints. Silver Gelatin options are also available in 16x20" and 20x24" sizes. All prints are signed and issued in the following edition sizes: