This is a limited edition signed print made from the orginal Supersize 3D painting by artist Morgan Howell. Morgan creates original paintings of classic seven-inch singles. This print is from his painting of the cover sleeve for David Bowie's 1973 single 'Life on Mars'. It features the artwork with the following wording underneath

‘Life on Mars?’ by David Bowie was first released in 1971 on the album Hunky Dory and also as a single reaching No.3 in 1973. While on tour in 1990, Bowie introduced the song by saying "You fall in love, you write a love song. This is a love song.” Mick Rock filmed and directed a promotional video backstage at Earls Court on 12 May 1973 to accompany the release of the song as a single. It features a heavily made-up Bowie performing the song solo against a white backdrop, in a turquoise ‘ice-blue’ suit designed by Freddi Buretti. 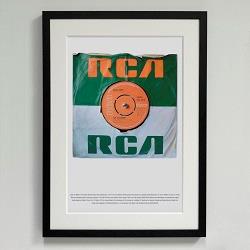 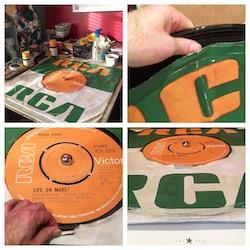 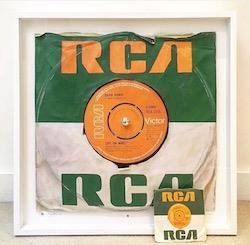