This is a limited edition signed print made from the orginal Supersize 3D painting by artist Morgan Howell. Morgan creates original paintings of classic seven-inch singles. This print is from his painting of the cover sleeve for Cream's 1967 single 'Sunshine of Your Love'. It features the artwork with the following wording underneath

‘Sunshine of Your Love’ began as a bass phrase or riff developed by Cream bassist Jack Bruce. Cream attended a concert on 29 January 1967 by the Jimi Hendrix Experience at the Saville Theatre in London. Cream guitarist Eric Clapton elaborated in a 1988 Rolling Stone magazine interview: “Hendrix played this gig that was blinding. I don't think Jack had really taken him in before ... and when he did see it that night, after the gig he went home and came up with the riff. It was strictly a dedication to Jimi. And then we wrote a song on top of it.” The song was included on Cream's second album Disraeli Gears in November 1967 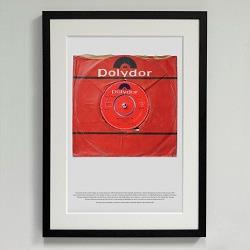 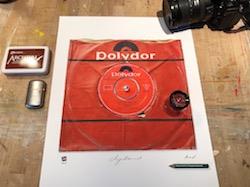