This is a limited edition signed print made from the orginal Supersize 3D painting by artist Morgan Howell. Morgan creates original paintings of classic seven-inch singles. This print is from his painting of the cover sleeve for Chuck Berry's 1964 single 'You Never Can Tell'. It features the artwork with the following wording underneath.

"You Never Can Tell’ (also occasionally referred to as ‘C'est La Vie’) is a rock and roll song by Chuck Berry, composed while he was in prison and originally released in 1964. The song became briefly popular again, thirty years later, after the release of the Quentin Tarantino film ‘Pulp Fiction’. The music was played for a twist contest at the fictional restaurant Jack Rabbit Slim's in which John Travolta as Vincent Vega and Uma Thurman as Mia Wallace danced for the contest's main prize. Tarantino said that the song's lyrics of ‘Pierre’ and ‘Mademoiselle’ gave the scene “a uniquely 50's French New Wave dance sequence feel." 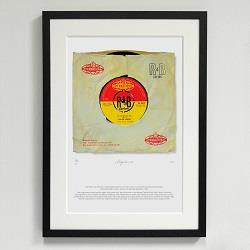 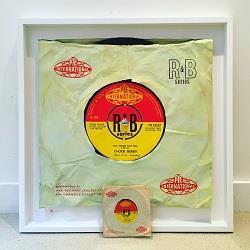 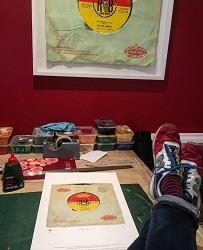