This is a limited edition signed print made from the orginal Supersize 3D painting by artist Morgan Howell. Morgan creates original paintings of classic seven-inch singles. This print is from his painting of the cover sleeve for Bob Dylan's 1965 single 'Like A Rolling Stone'. It features the artwork with the following wording underneath.

Recorded in 1965, ‘Like A Rolling Stone’ has been described as revolutionary in its combination of different musical elements. The youthful, cynical sound of Dylan's voice, and the directness of the question in the chorus: "How does it feel?". ‘Like a Rolling Stone’ transformed Dylan's career and is today considered one of the most influential compositions in post-war popular music. It has since been considered both a music industry and popular culture milestone which elevated Dylan's image to iconic. It reached #2 in the US charts behind The Beatles' ‘Help!’. In 2014 his pencil written lyrics sold at Sotheby's in NYC for over $2m. 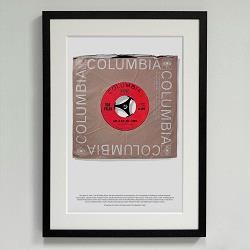 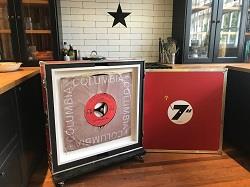