This is a limited edition signed print made from the orginal Supersize 3D painting by artist Morgan Howell. Morgan creates original paintings of classic seven-inch singles. This print is from his painting of the cover sleeve for Bob Dylan's 1963 single 'Blowin' In The Wind'. It features the artwork with the following wording underneath.

‘Blowin' in the Wind’ is a song written by Bob Dylan and released on his album 'The Freewheelin' Bob Dylan' in 1963. Although thought of as a protest song, it poses a series of questions about peace, war and freedom. The refrain "The answer, my friend, is blowin' in the wind" has been described as "impenetrably ambiguous: either the answer is so obvious it is right in your face, or the answer is as intangible as the wind". In 1999 the song was inducted into the Grammy Hall of Fame, and in 2004 it was ranked #14 on Rolling Stone magazine's list of the 500 Greatest Songs of All Time. 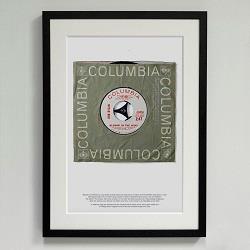 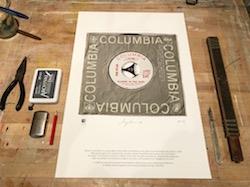