This is a limited edition signed print made from the orginal Supersize 3D painting by artist Morgan Howell. Morgan creates original paintings of classic seven-inch singles. This print is from his painting of the cover sleeve for U2's 1980 single 'I Will Follow'. It features the artwork with the following wording underneath.

‘I Will Follow’ is the opening track from U2s debut album, Boy, and was released as the album's second single, in October 1980. Bono wrote the lyrics in tribute to his mother who died when he was just 14 years old. It is the only song that U2 have performed on every tour since they released their first album. The song was U2's first music video, directed by Meiert Avis in Dublin, Ireland. 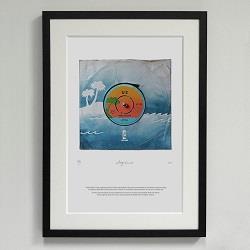 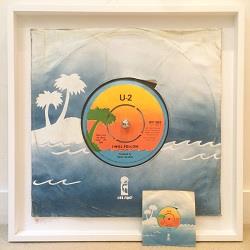