This is a limited edition signed print made from the orginal Supersize 3D painting by artist Morgan Howell. Morgan creates original paintings of classic seven-inch singles. This print is from his painting of the cover sleeve for The Rolling Stones's 1971 single 'Brown Sugar'. It features the artwork with the following wording underneath

‘Brown Sugar’ is the opening track and lead single from the Rolling Stone's 1971 album Sticky Fingers. Rolling Stone magazine ranked it at number 5 on their list of the 100 Greatest Guitar Songs of All Time. Though credited to the singer/guitarist pair of Mick Jagger and Keith Richard, the song was primarily the work of Jagger, who wrote it sometime during the filming of Ned Kelly in 1969. He later attributed the success of the song to it having a "good groove". 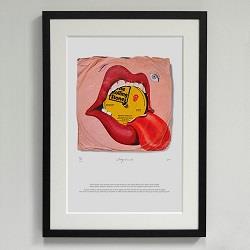 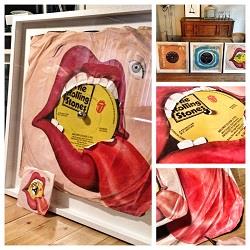