This is a limited edition signed print made from the orginal Supersize 3D painting by artist Morgan Howell. Morgan creates original paintings of classic seven-inch singles. This print is from his painting of the cover sleeve for The Clash's 1977 single '(White Man) in Hammersmith Palais'. It features the artwork with the following wording underneath

'(White Man) in Hammersmith Palais' helped The Clash assert themselves as a more versatile band musically and politically than many of their peers, and it broke the exciting but limiting punk mould that had been established by the Sex Pistols; from now on The Clash would be "the thinking man's yobs". The single was originally released in four different coloured sleeves. 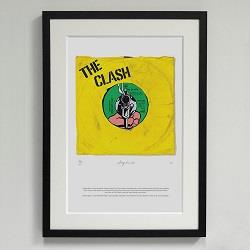 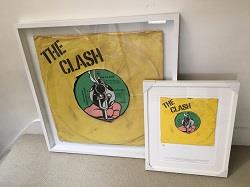