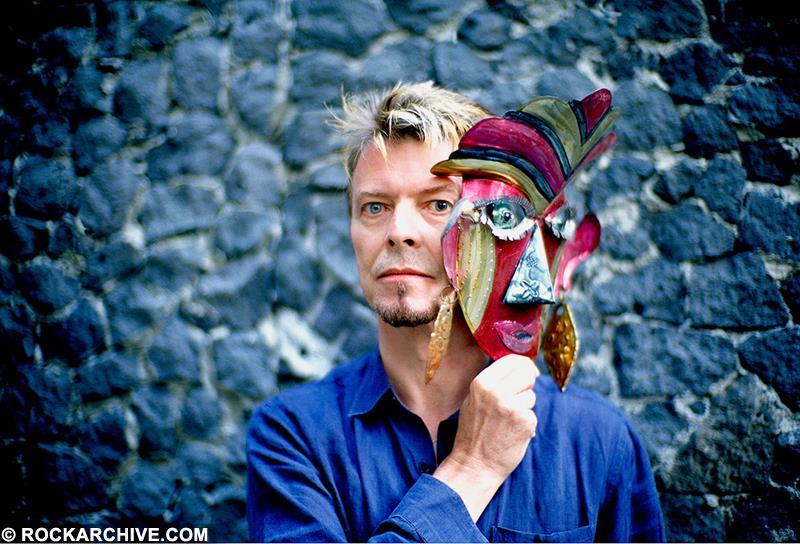 We are all still reeling from last week's tragic loss of David Bowie. Here we share a wonderful tribute from one of our photographers, Mark Mawston.

"David Bowie was the definitive male re inventor of rock. Others may have instigated it but Bowie re invigorated music with every character or costume change. His alter ego’s such as Ziggy Stardust and The Thin White Duke reflect perfectly just two of the many disparate sides of music that he mastered, Rock n Roll & Jazz Soul; Ziggy’s Rock and Roll Suicide was the Hyde to his mild mannered Dr. Jekyll of Young Americans or Wild Is The Wind. Like any great 45 single there was always another face to flip too and play. His many moods and flights of fancy have influenced too many other genres to list here.

Although I’ve been lucky enough to photograph many of my musical heroes, few have had the stage presence of David Bowie. Someone once famously said that you could feel Elvis’s presence in the parking lot when he arrived at the studio to record. The same was true of Bowie on stage. I shot him performing one of his last concerts in the UK as part of his Reality Tour in 2003 and he still looked fantastic, holding an entire arena captive with a single smile or flick of the hair. He was still the essence of virility. Here was a man who’d always kept one step in front of everyone else. At this stage he seemed comfortable in his own skin, that of David Bowie and had no problem referring to his diary of songs without a costume or identity change.

Bowie was the personification of the term iconic but to try and name your favourite image or track is like saying you have a favourite cloud as he had the knack of reshaping all forms of music even during the strongest winds of change. As I kid I found the video for Boys Keep Swinging far more jaw dropping and game changing than anything any Punk band were doing at the time."

"The problem I have with comparing Bowie to a chameleon, which he was, is that the glamorous world he optimized in the early seventies so vividly stood out from the grey reality of everything else. A chameleon is supposed to be a master of disguise, one that can mirror it’s surrounding by melding into it. It’s harder to meld and disappear into the background when you stand out as being at the forefront of anything you do as Bowie did! To be told by then Prime Minister Ted Heath that we would have to conserve energy and electricity, then see David Bowie doing the exact opposite on Top Of The Pops was something I’ve never forgotten. Bowie successfully caught the zeitgeist of several decades and defined them. Even a decade after his famous TOTP performance of Starman, openly draping himself over Mick Ronson (surely THE most iconic performance on that iconic show), he was the golden boy (quite literally at this point regarding his image) of the phenomenon that was the emerging MTV. His video’s for Lets Dance and China Girl were as popular as any of the bands making a living from this new way of “visual touring”.  After Band Aid, it was the joyous Bowie and Jagger single of Dancing In The Street that was used as the “official” single of Live Aid, no matter how many other great acts there were to choose from."

"A decade after that I was lucky enough to see Bowie perform in the same studio as the then world conquering Oasis on Jools Holland and although everyone was enraptured by them, they, as I, were left in awe of the resurgent Bowie. Bowie remained relevant right up to his passing, releasing the modern classic that is Black Star on his 69th Birthday on Jan 8th 2015. I rushed home to play this and was still listening to it at 2am that night in bed via my headphones.

That says all I need to about his importance to me and I know I wasn’t the only one who did that and spent the day before his death, just two days after the album’s release, exchanging e mails on the strength and meanings of that albums tracks with my friends."

"Only the deaths of Elvis and John Lennon have shocked the world into mourning the way the passing of David Bowie did, summed up in the fact that the 25 minutes of BBC news was taken up with 19 minutes of Bowie’s importance to the arts. Even when he no longer performed live, his importance and relevance was never in question, epitomized by Team England’s entrance into the Stadium at the 2012 Olympics to Bowie’s Heroes which again perfectly captured the moment and the feelings of a Nation so timelessly.

Sadly we are the ones left to fall back to Earth after his passing, although, like all great alien messengers, he did leave us with a parting gift; in this case the album Black Star. David Bowies contribution to music was perfectly summed up, unbeknownst to him, by a deadlocked passerby when they were leaving flowers at the site of his famous Spiders From Mars album cover in Heddon Street. All he said says it all. He was a Star, Man"