Rock Band Queen Are Getting Their Own Monopoly Game

You know you’ve made it as a rock group when you get your own Monopoly game. Although, no one would doubt that Queen are one of the biggest bands in the world. But now the surviving members have been honoured with their own version of the classic board game.

The news was announced earlier this year by Brian May on Queen’s official Facebook page. "YES ! It's true !!!” he wrote. “We've been very secretly developing Queen Monopoly for over a year.”  He also said it was a blast working on it and said it was “like making an album.” 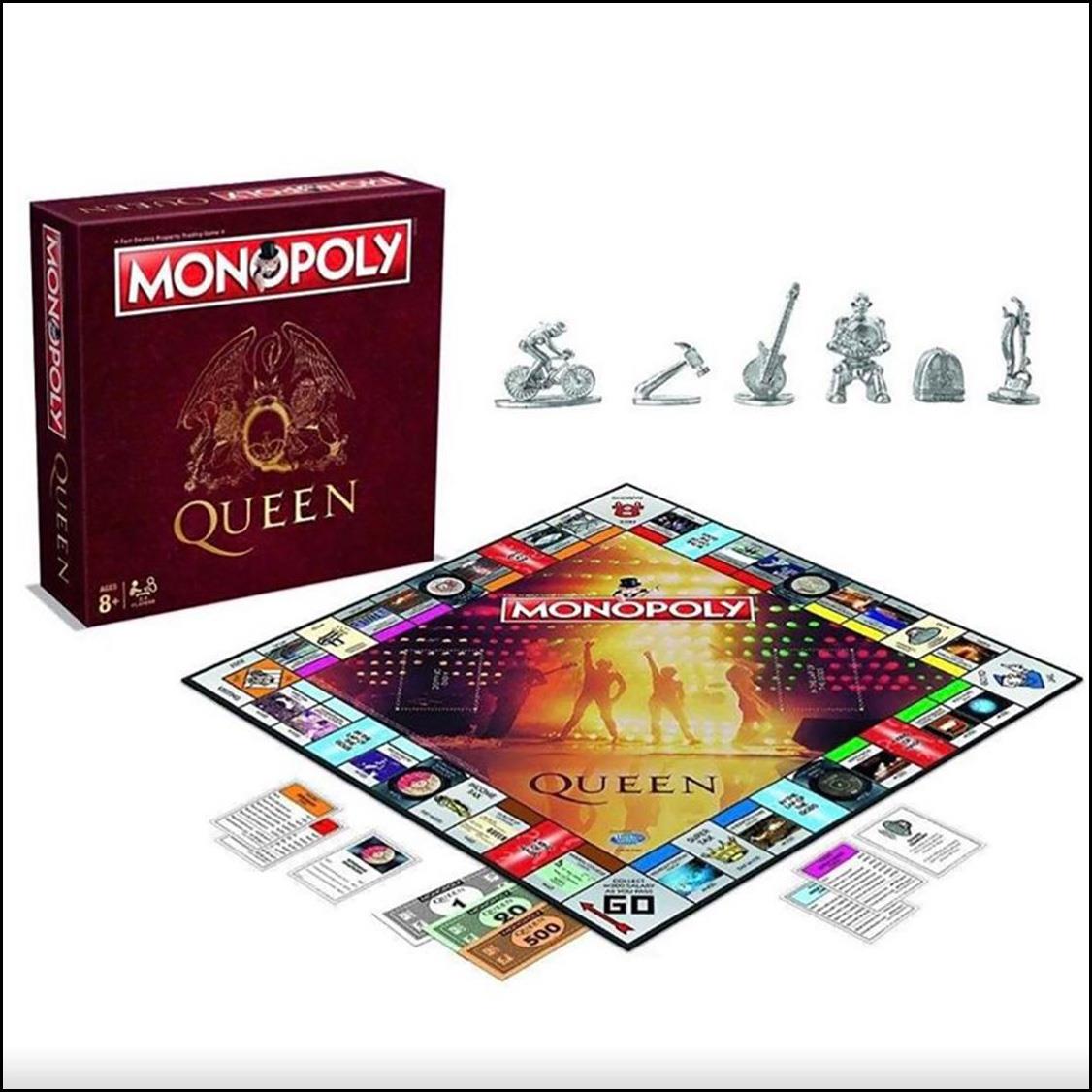 Monopoly: Queen Edition has been developed in collaboration with the band and the board will feature gig venues that have been prominent throughout Queen’s career. From their formation back in 1970 to the iconic 1986 Wembley and Knebworth shows which were Freddie Mercury’s last appearances.

The idea is to “Immerse yourself in Queen’s world, buy these famous venues and charge admission. Collect the colour sets and begin building staging blocks so you can charge higher prices. Upgrade to the full Queen production when you have four staging blocks and charge maximum admission.”

The Chance and Community Chest cards are replaced with ‘A Kind of Magic’ and ‘In the Lap of the Gods’ cards which can either give your career a boost or get you into trouble. It will also feature, which is perhaps the best part of the whole game, iconic pieces from the band’s career to replace the classic Monopoly tokens.

These will include the robot from the News of the World album cover, a bicycle from “Bicycle Race,” the vacuum cleaner from the “I Want to Break Free” music video, a hammer for “Hammer to Fall,” the radio from “Radio Gaga” and Brian May’s guitar. May also designed some bespoke houses and hotels for the game.

Speaking about it May said, “I think fans will be enchanted by the depth of detail in this special Queen edition of an already well-loved game. We have subtly morphed the traditional property-developing journey of Monopoly into the real-life adventure of a rock band on the road. Players will plot a whole career, based on developing bigger and better shows in venues all around the globe. Join us and conquer the World!!!”

The game is due for release on 23 June, you can pre-order it from the band's website. Brian May recently released an 18 minute unboxing video which you can watch below.

Rockarchive is delighted to be able to offer these iconic Queen images along with many more as limited edition photographic prints which you can buy here.